The Parable of the Locked Up Sheep 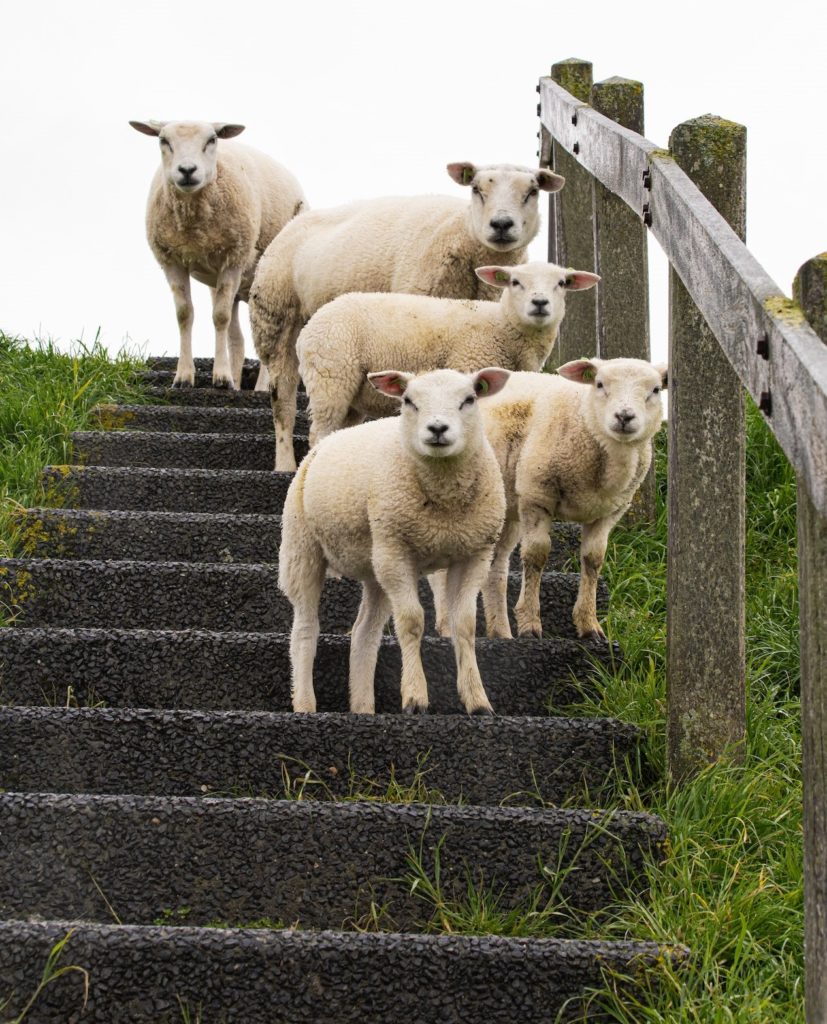 Be on the lookout for profound moments because they can happen when you least expect them.

This morning I taught the Godly Play story of the Good Shepherd in Sunday School. The lesson consists of a large felt green overlay that represents the green pastures, a rounded oblong blue piece serves as the cool clear water, three smaller dark pieces act as places of danger, and brown felt strips build the sheepfold.

Five assorted colors of sheep receive the loving care of a Good Shepherd who shows them the way to the good green grass and the cool clear water. The sheep are even willing to follow Him through the dark places of danger even though they are afraid.

And of course when the sheep are counted as they return home, one is found to be missing. The Good Shepherd searches until the one sheep is found and returned home by way of being carried on its Master’s shoulders.

Godly Play often has an “I wonder” time after a lesson. The teacher asks a question and then sits back while the children reflect on it. This particular parable has many suggested questions, but due to a lack of time, I asked just a few.

One was this: “I wonder if the sheep like living in this sheepfold.”

One child, obviously remembering and not liking those dark dangerous places, said, “Yes, they like it so much they’re going to stay in. The Good Shepherd can bring them buckets of grass and water so they don’t have to go outside again.”

The other children chimed in, seeming to think that was a great solution to avoiding those dark dangerous places; stay locked in and not take any chances on the outside.

Ta daa! The moment of profoundness had just arrived!

“Hmm…that sounds like a good idea, doesn’t it?” I remarked and paused. “Do you think the sheep would miss being outside, seeing the beautiful world, getting exercise in the fresh air? (Pause) No one likes the dark dangerous places. But sometimes we learn a lesson from them that we really need.”

They pondered that thought for a bit. I swear I could hear them considering its merits. And I hope they’ll hold it in their hearts and find comfort in it whenever those dark dangerous places show up in their lives.