Somewhere Over the Moonbow 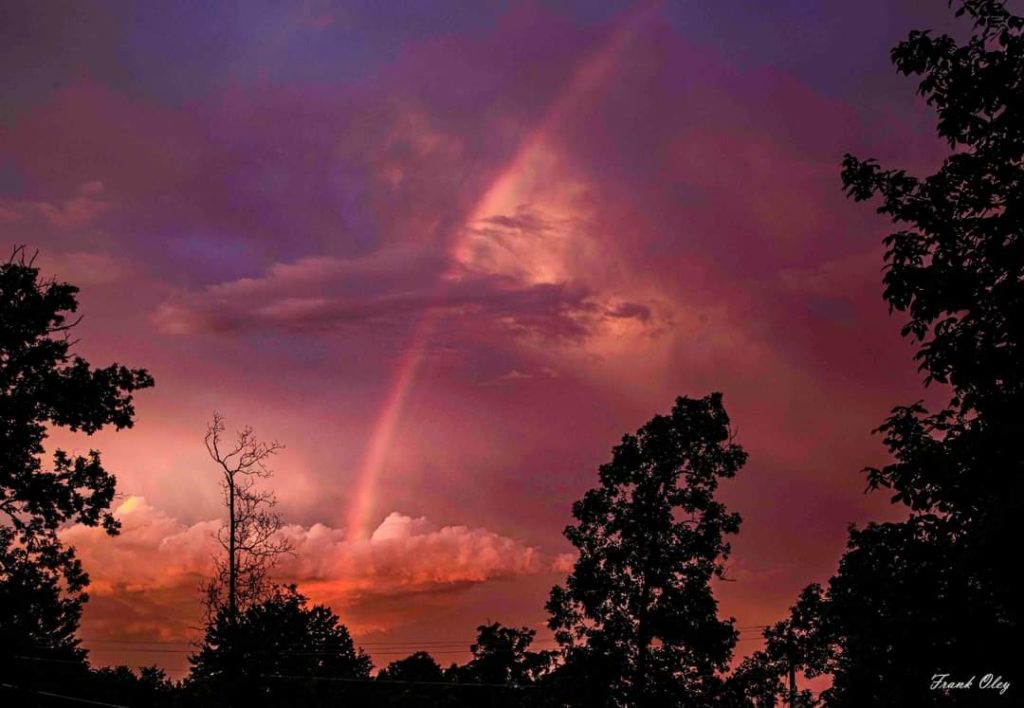 Like many places in the world, my town has experienced its share of unusual weather over the past few months. An event on July 13th produced a phenomenon that’s not often seen: a moonbow.

More precisely termed “lunar rainbow,” a moonbow can occur only when the moon is full or close to being full in order to provide sufficient light. However, since the strength of the moon’s light can’t compare to the sun’s, a moonbow isn’t as vivid as a rainbow.

And actually, if the water droplets in the atmosphere are too small (such as with mist or fog) the colors have difficulty separating and a fogbow can form. These are grey or white.

Some people look on a moonbow as a spiritual sign. Native Americans assigned strong meaning to them—“interpreted as a Great Invocation and Blessing” (from a historical narrative by Dan Troxell).

The International Dark Sky Places Association provides some breathtaking moonbow photos (the link is below), but the photo at the top of this post (by Frank Oley) is my favorite.

People who survive near-death experiences often mention the bright light that draws them to a place of deep peace and love. But I hope when it’s time for me to leave this earthly home that instead of a bright light, God sends a moonbow through for me.

What better sign can there be of hope than a rainbow breaking through the darkness?

Other moonbow photos from the International Dark Sky Places Association