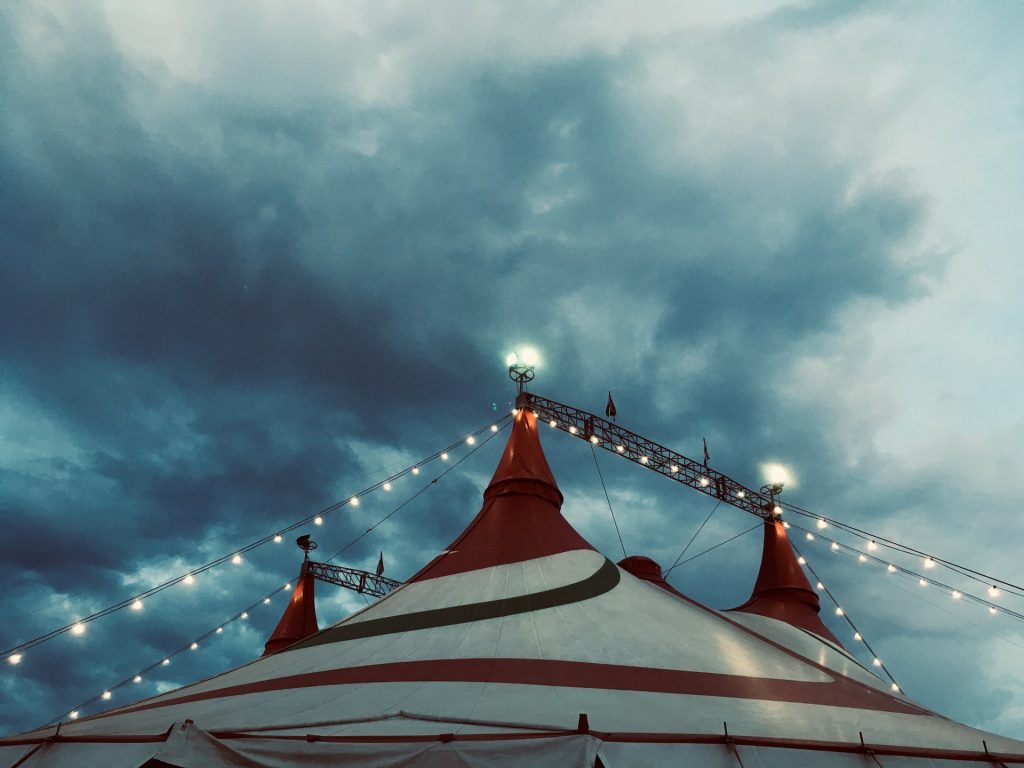 When it came up in conversation half a dozen or so years ago that my husband had never ever been to a circus, I knew I had to remedy that. The next Christmas, he found front row, center arena tickets to the Ringling Bros. / Barnum & Bailey Circus for the following spring in his stocking.

We both thoroughly enjoyed the entire show. From the crazy clown antics, to the animal acts (elephants, tigers, and horses, oh my!), and then to the balancing, gymnastic, dazzling feats of the performers, there wasn’t a single moment where we were left to wonder what might be coming up next. The following act began as the prior one was exiting stage left.

Citing diminishing ticket sales, after 146 years Ringling Bros. / Barnum & Bailey Circus closed down in May 2017. For years, animal rights activists had fought them over the mistreatment of animals. And in fact, elephants were removed from the show in 2016. An animal lover myself, I would never defend any person or any business that mistreated animals.

But that left me to wonder, what with the variety of entertainment and non-animal acts, why couldn’t the show go on? I’m sad that this feature of American life is gone. Up for consideration is whether the diminished ticket sales were affected by our own and our children’s ever-increasing screen time.

We are mesmerized by what we can find online instead of being fascinated by real life. There was just something unbelievably magical about the circus performances happening before us.

It was a magic that cannot be duplicated by staring at a screen.

I have to believe that the success of the movie The Greatest Showman, released seven months after Ringling Bros.’s last performance, was in part due to theater audiences remembering with awe the last time they attended the circus. The movie grossed $435 million worldwide and became the fifth highest-grossing live-action musical of all time.

Yes, there are other circus companies around (see link below). And Cirque du Soleil, in its various forms, with what they dub “theater circus,” is certainly captivating. But for young children, there’s nothing like the proverbial three-ring circus.

I hope as America recovers from the pandemic that the circus (even without the animals) will rise from the ashes; that people of all ages will once again sit underneath the big top tent and simply be amazed at what unfolds before them.

Circus folk hate to say goodbye because of its finality. Instead, they offer, “See you down the road.” I like the sound of that.

Clip from The Greatest Showman

4 thoughts on “See You Down The Road”