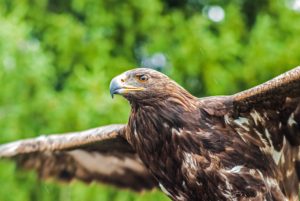 I don’t know if it was purposely done or not, but I adored the theme it created.

The PBS Memorial Day live broadcast from Washington, DC, this year showcased three songs that generated the visualization of being lifted up.

Lifted up. It’s a concept of a new beginning.

And the Memorial Day show featured multiple examples of just that. Here are two.

A family whose husband/father went missing in action during the Vietnam War finally had a sense of closure when his remains were located after 36 years and laid to rest. His daughter, who had been just six when her father left for his second tour, said that, “Sharing helps all of us to heal.” To live that mission, she now supports the latest generation of Gold Star families…those who have lost an immediate family member serving during wartime.

The second story brings me back to music. Luis Avila, a Captain in the US Army, was on his fifth combat tour (this time to Afghanistan) when an IED detonated nearby. According to his page on the Gary Sinise Foundation website, “Luis suffered an amputation of his left leg, two strokes, two heart attacks, and severe lack of oxygen which caused anoxic brain damage. Ultimately, he was left almost completely paralyzed.”

In a coma for forty days, he was not expected to live, let alone recover. But he beat the odds.

One program that has really helped him is music therapy which has been called “a cutting-edge healing modality used by neuroscientists, physicians and board-certified therapists to assist in recovery.”

After his story was shared, professional singer Renee Fleming and Captain Avila’s music therapist stood on either side of him while he belted out the first verse of God Bless America. Loud and off-key, it was the most beautiful rendition of the song I’d ever heard. He may have been wheelchair-bound, but he moved everyone in the audience.

PS – Here’s a link to the 2017 concert. http://www.pbs.org/national-memorial-day-concert/home/   It’s about an hour and a half long and so worth watching.