Let Your Light Shine Without Apologizing for the Glare 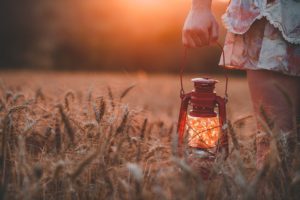 I was near the end of telling my husband the story of the two blouses I’d bought at a consignment store. I mean, it was a super deal on two new designer name blouses: 75% off AND buy one, get one free. My total for the two was less than four bucks.

I take pride in my shopping savviness, and he knows it.

But my husband held up one hand in a “hold it right there” gesture and said, “Don’t tell anyone else this story.” As I looked at him quizzically, he said, “I just learned this from one of the woodworkers I follow. When someone compliments a bookcase you’ve made, just say thank you and then shut up. Don’t turn the bookcase around and point out a tiny mistake you made while you confess, ‘But look at this flaw on the back.’ The woodworker says to learn to accept praise without deflection. So when people admire your blouse, just say thanks and don’t add how little you paid.”

That’s terrific advice, right? But I looked at my husband and responded, “Are you kidding me? You’re actually giving ME that advice?!”

My husband had no idea why I was upset, so I had to explain:

That’s the same advice I’ve been telling you for years. Say, “Thank you. I’m glad you like it.” And don’t say anything else. Do you not recall that I forbade you to talk to the home appraiser when he was here this spring? That was because you built this house and I couldn’t trust you NOT to point out every flaw and defect invisible to the naked eye.

Nope. He has zero recollection of my ever having given him that stellar advice.

I actually do recall the very first time I heard that advice. It was 1985 and I was an audience member of a presentation for professional women given by Dr. Julie White.

The term Dr. White used was discounting. In the examples she provided, she shared the story of her complimenting another woman on her jacket. The woman said, “I made it myself.” Dr. White then examined the jacket more closely and admired out loud the beautiful fine detailing. The woman then removed the jacket saying, “Yes, but look at this mistake I made in the inside lining by the left arm.”

No one would have ever known.

Consider someone who has worked creatively on a project that is a huge success. When she’s lauded for her work, she replies, “Thanks. But I was really lucky.”

Lucky? This amazing, over-the-top achievement was due to luck? I don’t think so.

Women especially downplay our worth by the language we use. We over apologize. We apologize for situations over which we have zero control. We add the word “just” to turn a statement into an apology. Instead of saying, “I’m following up on the assignment,” we say, “I’m just following up.”

Say the two out loud. Hear the difference?

I encourage my students to smile and say thank you when an audience applauds at the end of a presentation. There is sometimes the tendency to diminish the appreciation by doing a curtsey or a bow. Or they may shake their head no and wave away the applause as if saying, “Oh, it was nothing.”

I’m not recommending that anyone become a braggart. But let’s stop giving away our success. Accept compliments. Own your accomplishments. Say thank you and simply shut up.

And when you see me in the blue paisley Ann Taylor blouse, please pretend you don’t know it cost $2.