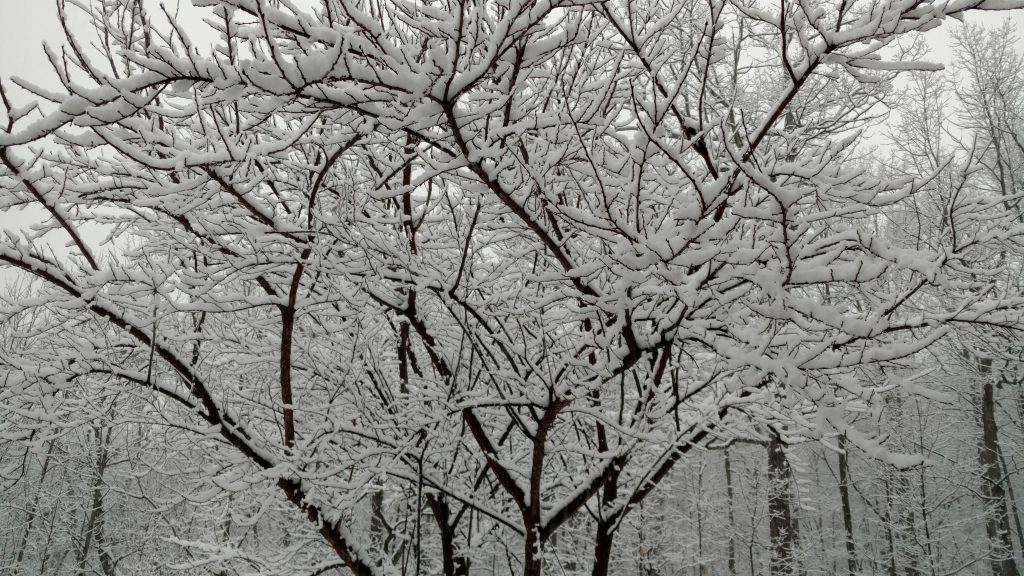 My spot of Virginia had an end-of-winter snowfall on Friday. The temperature was just right to produce picture-perfect snow; every single tree branch and bush was deliciously and thickly coated in white. The soggy marsh that’s supposed to be my yard was painted a pristine pearl except, of course, for the tracks of Mr. Fox who came by to see what I had left out for him.

Winter can be so dreary. The brief interlude of snow made everything bright again—for one day. Now we’re back to the blah sameness of grey.

I know Seasonal Affective Disorder (SAD) is a real illness, a type of depression. According to the Mayo Clinic, the specific cause is unknown but it’s believed that reduced sunlight is a major factor. I’m wondering if it’s not just the diminished light but also the lack of color that depresses people in the bleak winter.

According to the website Regain.us, there is an Eastern medicine field called Color Therapy. While it’s not recognized as valid in the West, some people swear by it. The site says, “Color therapy has been around at least since the time of Ancient Egypt. Egyptians believed in the power of light and used different colors of light to promote healing. Color therapy has continued to be important in some cultures. Even in Western societies that tend to prefer modern, institutionalized medicine, natural healers have continued to use colors to help people improve their physical and emotional health.” 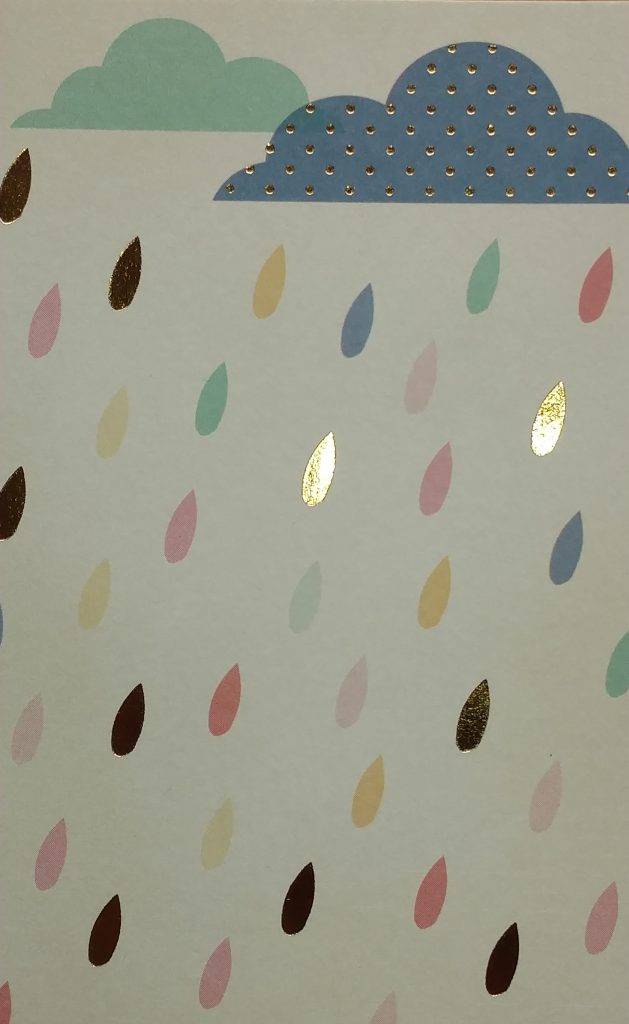 What if rain actually looked like this card by American Craft?

Color is important to me. I rarely wear neutral shades any longer, and when I do, you can count on sparkly jewelry or a bright scarf to offset it.

Seeing designer all-white kitchens in magazines makes me break out in a sweat. To me, these look more like a sterile operating room instead of a home’s kitchen. I can never envision a family cooking, baking, doing dishes, leaning against the counters laughing at something in that environment. Well, maybe if they were masked and gloved. I can’t imagine making a mess in an all-white kitchen. The thought of my bright red homemade spaghetti sauce bubbling up and splatting against a white wall is enough to keep me up at night.

Nope. I need my colors. 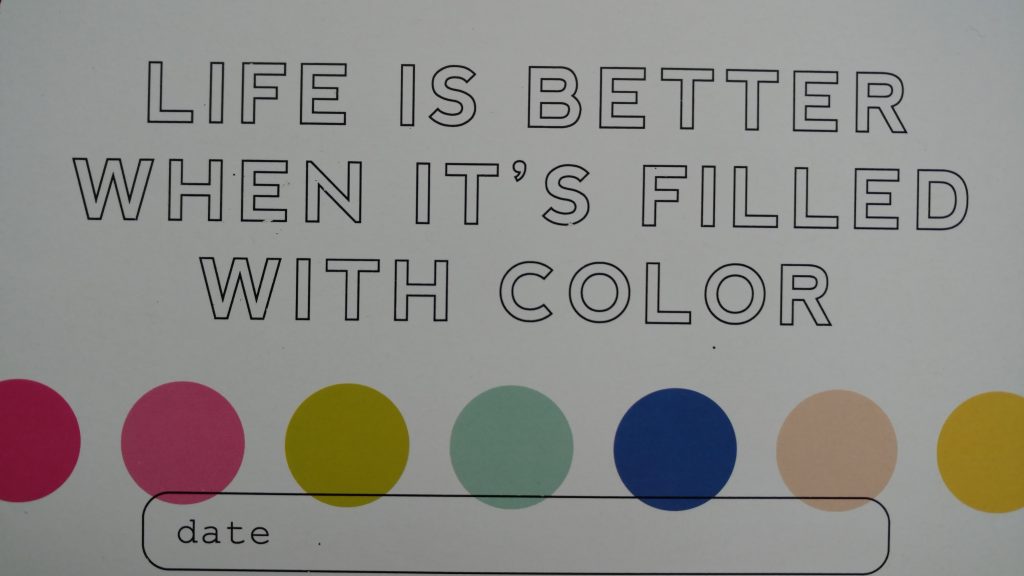 Color My World song by Chicago