A Cutest Pet, By Any Other Name 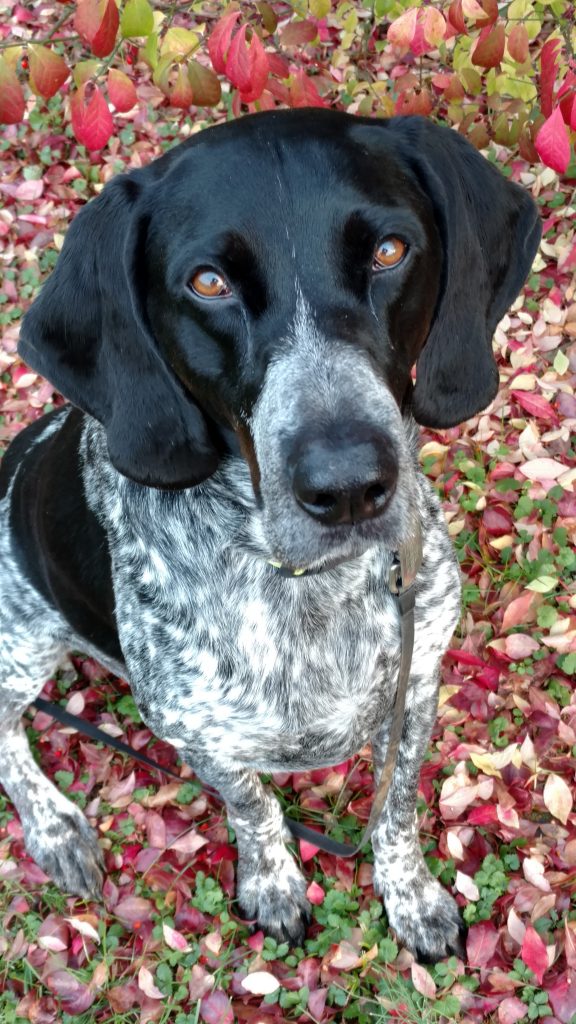 If we’re personal Facebook friends, you saw my posts in early December soliciting votes to elect my dog Riley as Warrenton’s Cutest Pet. Sadly, he did not win.

I misrepresented him. He’s not actually cute. Cute dogs snuggle up, lick your face, nestle their heads in your lap to be petted, hog the bed, and curl up in front of the fireplace while you read a book.

Riley does none of that. Having had basically no physical contact during his formative first eighteen months of life, he’s pretty much a loner. He stays very much glued to my side at the dog park, and he’ll actually get up and move to the floor with a huff if you try to snuggle with him in the bed. I’ve gotten exactly two kisses from him in the five years he’s been part of our family, and they both occurred on an Easter Sunday. I’m not sure what that means.

So no, “cute” is not the right word to describe Riley. But he is the most handsome boy dog ever. “Tall, dark, and handsome” sums him up nicely. Or “gentle giant” is a good fit as well. And the “oldest soul” in a middle-aged dog would work too.

At the park today was a family with a passel of kids running and playing. When Riley and I passed three of them, they stared wide-eyed at my dog. One of the little girls asked, “What’s wrong with his face?”

Because my sweet dog, who was misdiagnosed for two months as having an upper palate injury affecting his eye, is fighting an aggressive oral mast cell tumor. The tumor pushes out as an egg shape on the right side of his face, causing that side to be swollen. The swelling has forced his third eyelid to stick out, rolling his eye back in his head.

I understand how a child might be frightened by his looks. It breaks my heart.

While mast cell tumors are one of the most common tumors in dogs, to have one inside the mouth is uncommon. Most canine mast cell tumors are found on the trunk or the limbs and are usually easier to treat. Riley is on two types of chemotherapy treatment with an excellent oncologist in a nearby city. He is not a candidate for either radiation or surgery due to the size as well as the location of the tumor. Frankly, there is just a tiny bit of hope that he can beat this.

We live on that tiny bit of hope.

My good friend Patti had also entered her little dog London in the cutest pet contest, and we had a friendly “big dog/little dog” rivalry going on. When I called Patti the other day to update her on Riley, I remembered to inquire if London had won the contest. She said no, but then she gave me a gift. She shared that when I told her about Riley’s diagnosis, she decided that moment that if London were to win, they would relinquish the title to Riley.

Really, with friends like that, bad times can be made a little more bearable.

Riley’s good looks as the world views him may be gone, but he still is and always will be my sweet handsome dog.

“Believe me, if all those endearing young charms…”

My original post about the “Endearing Young Charms” song