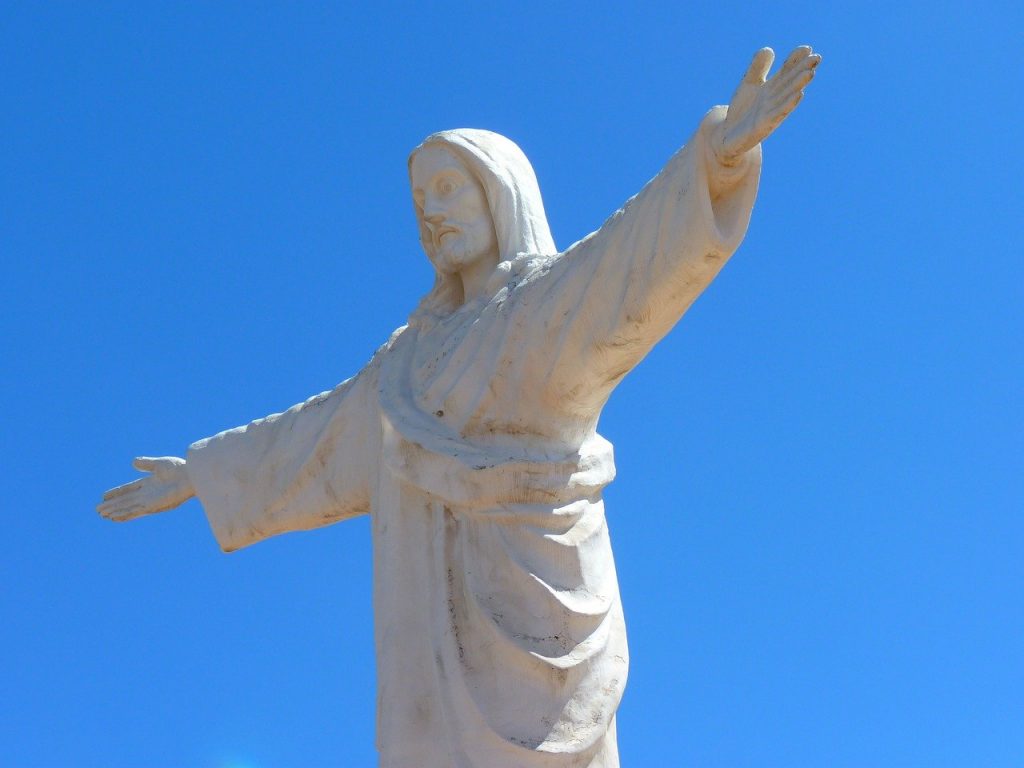 The iconic Cristo Blanco, a 26-foot white statue of Jesus Christ, towers over the city of Cusco, Peru, on Pukamoqo Hill. Legend has it that Pukamoqo Hill holds soil from the four quarters of the Inca Empire, so this was a spiritual place for the Incas. Cusco has been described as the gateway to the more famous Machu Picchu.

But an even large statue of Jesus Christ is in Rio de Janeiro. At 98 feet (not including the base), Cristo Redentor, (Christ the Redeemer) stands tall on the summit of Mount Corcovado. It’s said that the statue is the most recognizable landmark of Rio. 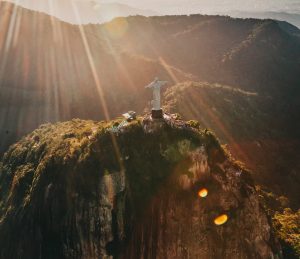 What the statues have in common, of course, is the outstretched arms.

Arms open wide can have various meanings. When the arms belong to my friend Judy it means get over here so I can hug you. They can signify this is the real me; I’ve got nothing to hide. Or I come in peace. And as Episcopal priest Rt. Rev. Michael Curry was quoted as saying, “Our belief (is) that the outstretched arms of Jesus…are a sign of the very love of God reaching out to us all.”

Consider my favorite parable, the prodigal son. When the father in the story sees a far-off figure trudging along the road, he knows without knowing that it’s his son. You remember…the young guy who scandalously asked for his portion of the inheritance before his father died, then left home to squander it away on a wild life. When the money ran out and he was reduced to daydreaming about eating the pigs’ food, he decided to return home and ask for a job working for dad.

This father, who likely had been shamed by that son and who had also probably spent many sleepless nights worrying about his younger progeny in that faraway country, might have been justified in a little passive-aggressive behavior when the boy showed up. Dad could have stood with his arms crossed, tapping his foot on the ground as the boy approached.

But no, we’re told that the father ran to the son with open arms, hugged and kissed him, and then arranged a huge celebration to welcome him home.

Those open arms meant I love you. I forgive you. There is nothing between us that can’t be overcome.

We’re now in the second week of Advent. My wish is that you embrace the beauty and peace of the season of waiting with open arms.