Want To Watch A Movie? 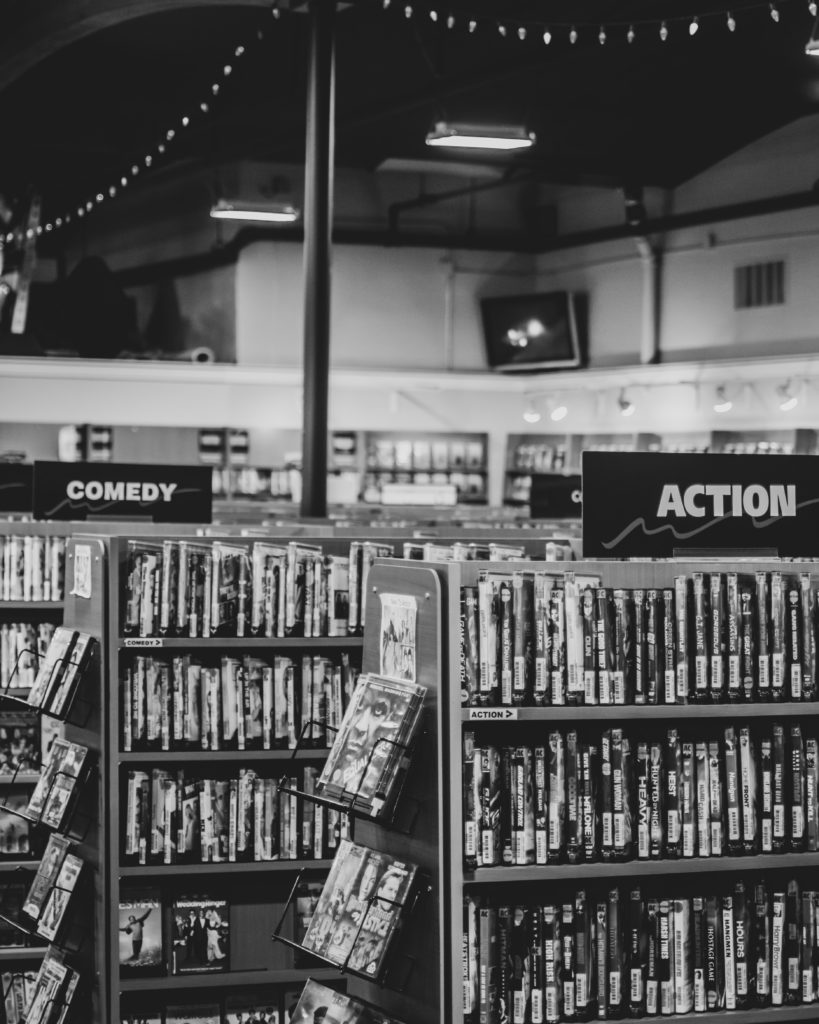 My kids loved going to Blockbuster. Tim especially loved roaming the store, steadfastly comparing various movies before finally making his choice. And I do mean “finally.” There were times I could have been halfway through the hardback version of War and Peace before he settled on one.

I don’t recall when the Warrenton store opened, but the very first Blockbuster store opened in Texas in October 1985. They started with an inventory of 8,000 VHS tapes and several thousand Beta tapes. In early 2000 the stores began switching to the DVD format.

In 2004 Blockbuster had over 9000 stores. The corporation filed for bankruptcy in 2010 and began shutting down stores. By March 2019 just one Blockbuster store remained opened in Bend, Oregon. And it’s still open!

You heard me correctly. Or I guess I should say “You read me correctly.” It’s still open and has become an icon for movie buffs of all ages from across the country.

Here is what their Facebook page says about them: After successfully operating their locally owned video stores for 10 years, Ken and Debbie Tisher, along with their partners, Debbie’s parents, Larry and Berniece Doan, made the decision to become a Blockbuster Franchise in June of 2000. This was the beginning of our Blockbuster Story: how a small business, thru stubborn determination and a bit of pure luck, has been able to operate in the chaos of an ever-changing home video world.

In the instant gratification world in which we now live, we don’t need to sit in front of a television with a DVD player in order to watch a movie. Any smartphone offers multiple app choices for pulling up a movie.

The downfall of Blockbuster was, of course, the competition (such as Netflix) that initially let you stay at home and order movies to arrive in the mail. No late fees. And now, just sign up to stream whatever you want, whenever you want for $17.99 a month.

I don’t know whether to consider it ironic or cruel or funny or sad, but Netflix released a documentary on the Tisher’s store called (of course) “The Last Blockbuster.”

The film has brought the store new-found fame and visitors from around the world. It just feels good to root for the underdog, doesn’t it? If I ever make it to Oregon, you can bet I’ll drop by!

Official trailer for “The Last Blockbuster”

US News article on the Bend, OR store