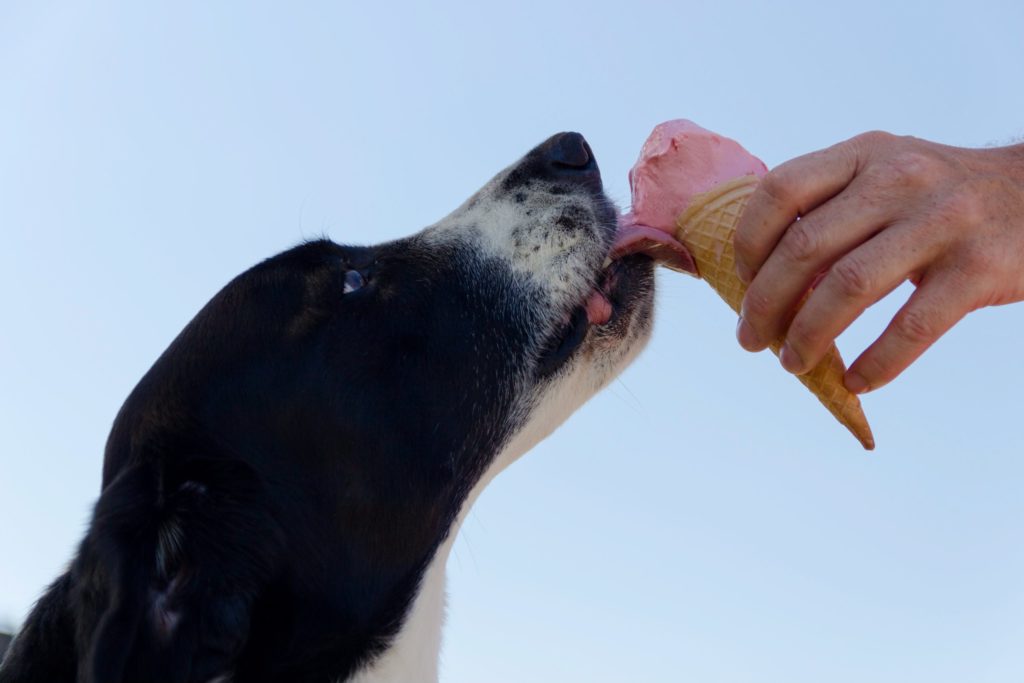 What started as a family tradition with my two young children and me morphed into an ongoing inside joke between my grown daughter and me. And now you’ll be in on it!

When Laura and Tim were young, we would stop for ice cream (or Slurpees) after any doctor visit. I didn’t do this as an “if you’re good, we’ll get ice cream” incentive. Rather, I wanted the concept of visiting the doctor or dentist to have a positive connotation associated with it.

So whether we were going for well-child visits, sports physicals, strep tests, or teeth cleaning, there was sure to be something ice cream related afterward.

Maybe ten years ago, my daughter started following up with me after any of MY doctor or dentist visits. You know…the “how’d your doctor visit go?” type of question. So I began stopping for ice cream after my visits and taking a photo of my milkshake or ice cream cone or sundae to send to her. When she receives the texted photo, she knows my appointment has concluded.

In January 2019 our dog Riley was being treated by a canine oncologist in nearby Winchester, VA. Riley had an aggressive malignant tumor on his upper palate which pushed into his eye. He received several chemo treatments from Dr. Rogers Fred (Not a typo. And yes, he was every bit as kind and gentle as Mr. Fred Rogers!), but the treatments lasted less than a month as the cancer was just too aggressive.

On one of our last trips home from Dr. Fred’s office, we passed a Baskin Robbins. Richard was driving and Laura was with us that day. It felt as if simultaneously the three of us spoke up about stopping for ice cream.

Yes, I know dairy is not good for dogs. It’s hard for them to digest. We don’t give Grace the beagle/foxhound any dairy. But the joke with Riley in better times was that his nickname was “dairy dog.” He loved all things dairy and seemed to have no difficulty digesting it. Riley truly enjoyed a dollop of sour cream on his kibble.

And our dog was dying, it was clear to all of us. So we stopped for ice cream to go. I was in the back seat with the dog. Richard held the bowl while Laura filmed Riley eating his scoop of vanilla from the front seat.  I’ve decided to share this one-minute personal family clip with you. It’s one of those videos that still makes me laugh while I cry. You can see Riley’s bulging bloody eye, but that didn’t stop him from enjoying his treat. And I always smile at the end when Richard tells Riley, “Don’t be a pig.”

Remember that life is short. Stop for ice cream.