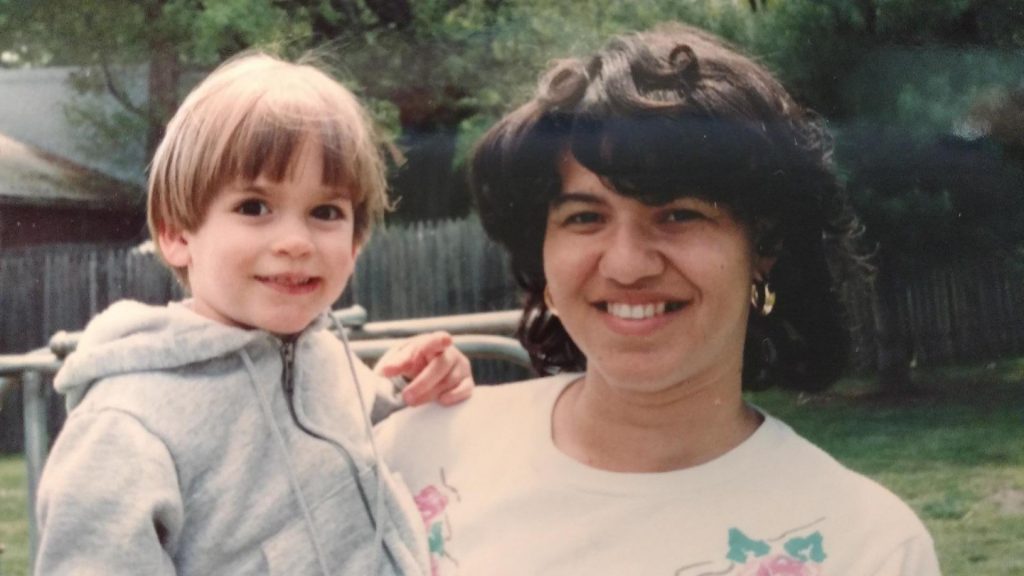 Peaches. Not the sweet fruit, mind you, but the sweet woman who blessed our family’s life for nearly ten years.

Her real name was Teresa Sharp, but everybody called her Peaches. Our paths crossed when she was working in the nursery of St. James’ Episcopal Preschool. Peaches had been hired to watch over the teachers’ children in the church’s nursery.

We were relative newcomers to Warrenton and when I enrolled my daughter in the preschool, I was ecstatic to learn I could add one-year-old Tim to Miss Peaches’ nursery class.

The following year the nursery class option was discontinued due to insurance reasons. One door closes, another one opens. Peaches became Tim’s daycare provider when I went back to work and Laura started full-day kindergarten.

It was a relationship made in Heaven. She stayed on with our family for years, transitioning from full-time daycare to after-school care.

We all loved Peaches. She was gentle in spirit and strong in her convictions. That sweet smile could melt butter. She was a hard-working, courageous, Christian woman whom I trusted completely.

My favorite story about her is this: Tim had a favorite blankie that he took everywhere. Peaches wasn’t aware that Tim had set his blankie on top of the pile of old sheets and towels that she was cutting up into window-washing cloths. Yep, blankie was suddenly several mini-blankies. Peaches was more upset than any of us was, including Tim. A piece of that blankie rests in my writing room, so that story is never far from my mind.

Peaches’ life ended abruptly on December 13, 1998, when her ex-boyfriend shot her five times as she sat in a car with her children. He shot her teenage daughter and grown son several times as well, but both of them recovered physically.

My husband, a paramedic on duty at the time, responded to the 911 call, but our beloved Peaches was beyond any life-saving help.

The ex-boyfriend fled the scene as well as the state. Of course, the children could identify him as the person who killed their mother, so we were all hoping he would be quickly captured. America’s Most Wanted included his photo and the story in a show that month.

But it wasn’t until mid-February 2001 that Michael Reese was arrested in Daytona, Florida, on another charge and his fingerprints tied him to the Virginia charge.

At the trial, the jury found him guilty and Reese was sentenced to life imprisonment in the charge of Peaches’ murder and an additional 23 years for shooting and wounding the children.

The twenty-year mark of Peaches’ death will roll around in two months. She was one of the most remarkably kind and compassionate people I have ever known. I will never forget her.

People live on in the stories that we tell about them. We have a responsibility to be good storytellers.