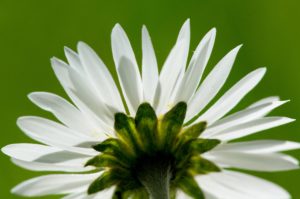 The wall plaque on display in the store produced a spontaneous laugh so loud that several other shoppers turned to stare at me. I just pointed at the sign that read, “Jesus loves you. But he loves me more.”

A beautiful message followed by an arrogant zinger…hmm, I have to now question why that struck me as funny.

I’m guessing it reminded me of sibling rivalry where we compete for mom’s or dad’s time, attention, and gifts because, surely, whichever one of us gets the most means we are loved the best. Right?

I don’t have a single friend who, as a parent, holds that mindset. We love our children as individuals, treasuring the extraordinarily different gifts they bring to the world.

At my mother-in-law’s 90th birthday party, my husband paid tribute to his mom by saying, “You treated each one of the six of us as though we were the one who was most dearly loved.”

There was a moment of my daughter’s childhood that I vividly recall. She was standing on her bed as I helped her to get dressed. As a five-year-old, she took faith quite seriously, and we were talking about how much God loves us.

The “does not compute” look of puzzlement spread across her little face as I shook my head no. “No, he loves everyone just the same. He loves people who do bad things and aren’t sorry, people who are mean, and even the people who don’t love him.”

I think up to that point she may have felt that God was like Santa, keeping a list of who’s naughty or nice. And who wants to purposely end up on that naughty list?

In his meditation of January 11, Richard Rohr notes that one of the ways we can awaken our core identity is by “fully recognizing God’s image in all creatures, without exception.” Wow.

Too often we want to write off people by labeling them as something distasteful or unappealing. I know that I have commented more than once that I prefer not to be around negative people. What if, instead of focusing on the negativity, I looked for God’s image in the person? What will I find?