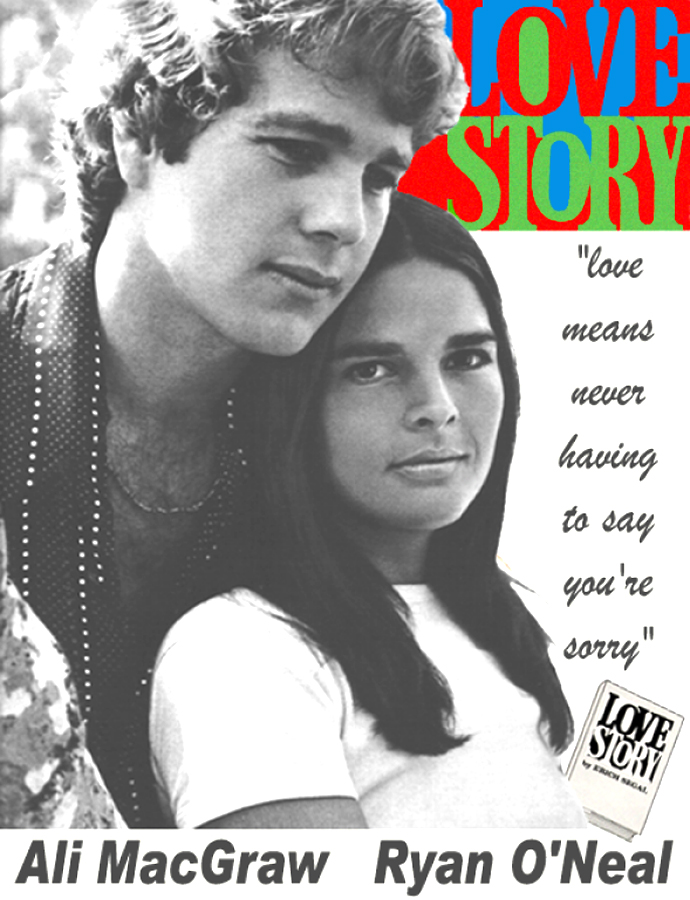 The year I was twenty, the movie Love Story was released. Starring Ali MacGraw and Ryan O’Neal, it was an instant box office success. The sixth highest-grossing film ever in the United States and Canada, its success would translate into around a billion dollars in today’s funds. While not every professional film critic was fond of the movie, the general public was.

I was yanked back in time to the movie when I caught the CBS Sunday Morning interview on Love Story last week. I’ve included a link to that below. It did my heart good to see how classy Ali MacGraw has remained.

The soundtrack for the movie was the first album I ever bought. The original score by French composer Francis Albert Lai is timeless. It is just as beautiful today.

But really, one of my favorite memories about seeing the movie involves my sister Beverly. I was living with our grandmother at the time, and Beverly was a young mother of two. She came to visit and while Grandma Elizabeth watched the children, Beverly and I sat on my bed and I told her the entire movie. I mean, detail by detail and we both sobbed.

Did I mention the movie is best described as a tear-jerker?

So after watching the interview last week, I called my sister and asked her if she remembered that day. She assured me that she did.

And isn’t it wonderful to think of relatively small moments like this from our past and instantly be reminded of the connection that was shared? I think sometimes we get caught up in wanting BIG moments to remember. You know…the trip to an exotic location, tickets to a big-name concert, skydiving, hot air balloon rides, an expensive cruise.

When in reality, it’s the hundreds or thousands of small moments we’ve shared with people that we recall and are able to instantly summon the exact feelings that went with those small moments.

And that, my friends, is a love story.

Andy Williams singing the Love Story theme song in 1971 (just because our grandmother, my sister Beverly, and I have always really liked Andy Williams)