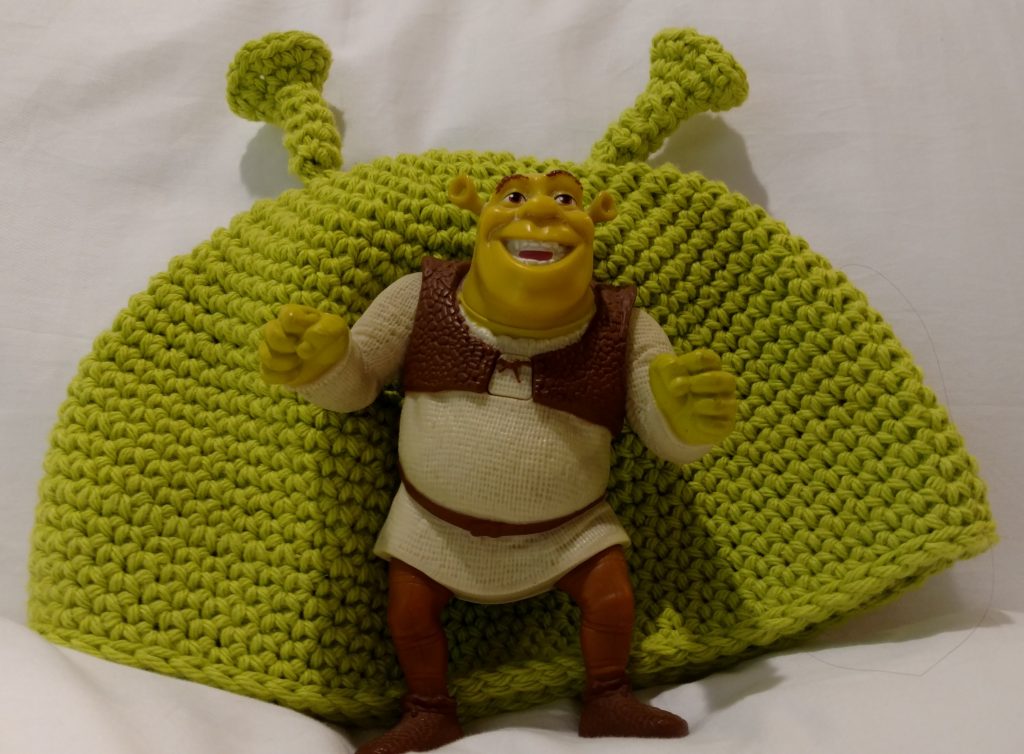 In keeping with the concept of giving an experience instead of a material gift, my husband and I attended our local community theater’s presentation of Shrek the Musical last night.

You might find it odd that a ticket to the show was an early Father’s Day present for my husband. But, well, I’m just going to come out and say it: My husband loves Shrek. He has seen all the Shrek movies numerous times. And just like anyone who is crazy about a movie, he knows most of the lines. And inserts them into a conversation when he feels it’s appropriate.

As we walked from our car to the theater, my husband asked, “Are you SURE this isn’t just for kids?” Because there were a lot of children in the line. And this particular production was performed by Fauquier Community Theater’s Youth Theater. Shrek himself begins college in the fall, while Fiona and Donkey are still in high school.

Is small-town community theater perfect? No, and that is part of the charm. For example, as one Shrek solo was timed to start, the music failed to play. Shrek waited maybe two seconds and then sang it acapella. The audience vigorously applauded our approval as he belted out the final note.

The girl sitting to my left was around twelve. She appeared mesmerized by the entire production. Sitting on the edge of her seat, face uplifted toward the stage, eyes wide, a huge smile plastered across her face—her obvious joy filled my soul.

Today I watched a couple of clips from the 2009 Broadway version of Shrek the Musical. It seemed a little fake to me. Yes, I know it’s the story of a green ogre, a talking donkey who falls in love with a dragon, and (!SPOILER ALERT!) a princess who turns into an ogre at night. So of course it’s not real.

But the pour-out-your-heart enthusiasm of those young actors last night let me shelve my rational beliefs for a couple of hours. I’m hoping that I looked just as bedazzled as the young girl next to me.

And after all, who wouldn’t enjoy having a talking donkey for a best friend?

“Do you know the muffin man?” clip

One thought on “Kermit Was Right; It Isn’t Easy Being Green”