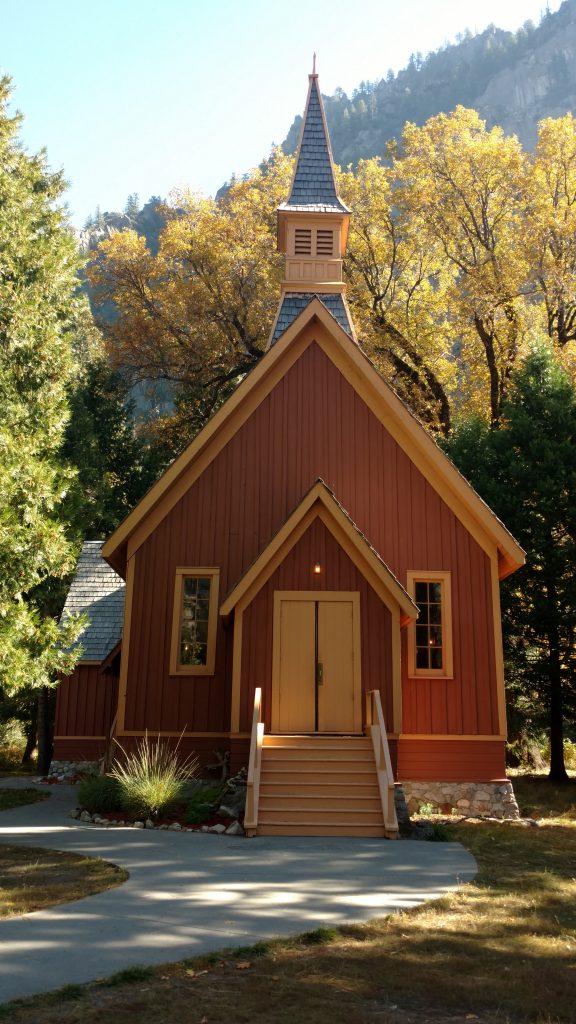 The tiny brownish-red chapel sits as a focal point against a massive rock formation, towering evergreens, and (when in a season of flowing) a waterfall. A photo of the church in a calendar many years ago intrigued me, and I added it to the bucket list of places I wanted to see with my own eyes.

And so it was on my first visit to Yosemite National Park that I visited the Yosemite Valley Chapel.

Built in 1879 with initial funding from the California State Sunday School Association and other contributions, the building costs were around $4000. It seats about 250 people.

The church was originally situated in a busy community referred to then as the Lower Village. As activity fell away from that area, a decision in 1901 had the church dismantled and moved to the upper Yosemite Village. (See map in the link below.)

In 1966 the interior was restored, and the foundation was raised several feet as a means of coping with spring flooding. However, that wasn’t enough to overcome record floodwaters in 1977 that caused damage. But repairs were made, and improvements continue in order to ensure the chapel will remain open.

The Yosemite Valley Chapel was recognized for its simple architecture in 1973 when it was added to the National Register of Historic Places. Noted as “a particularly fine example of the early chapels constructed in the Sierra Nevada Mountains,” that recognition helped put the chapel on the map, so to speak.

The chapel is typically open year-round for non-denominational worship services, but the entire Park is temporarily closed due to the smoke-filled unhealthy air from the wildfires.

The chapel is also a popular wedding destination. Renting for $850 during the peak season, it makes for a lovey minimalist venue. In order to maintain the pristine beauty of the building and surrounding area, there are, understandably, strict rules such as no throwing of rice or birdseed or flower petals or anything else. And your reception will need to be held elsewhere!

Here is a snapshot of a postcard I bought the last time we visited Yosemite in October 2017. The original photo was taken by Dan Warsinger. 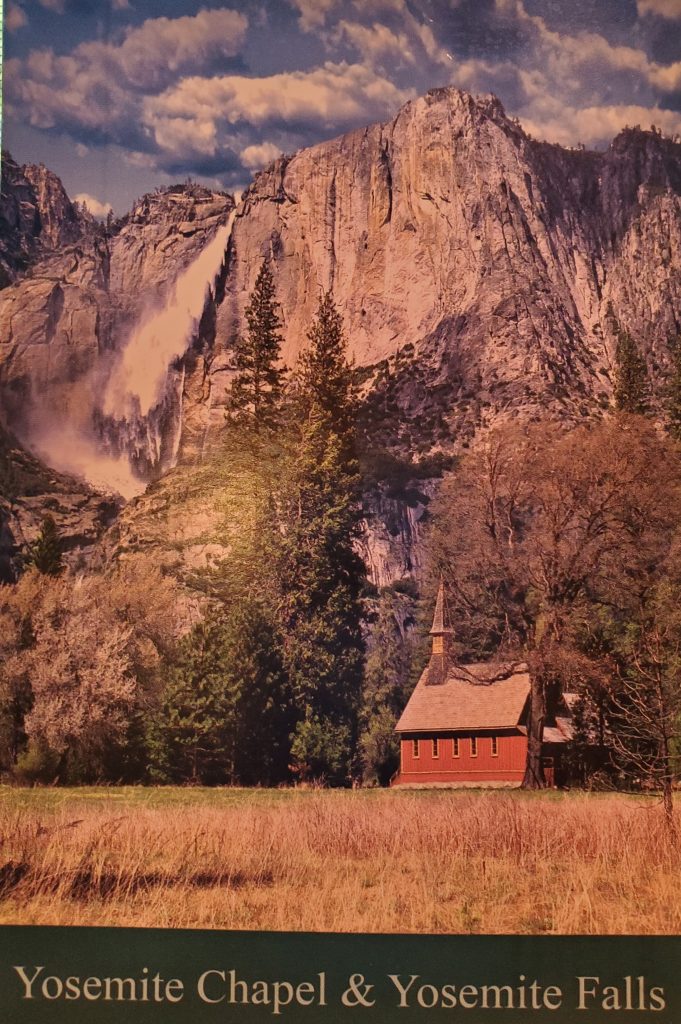 But the calendar photo that originally piqued my interest is glued to the inside back cover of my blog idea notebook. Here it is: 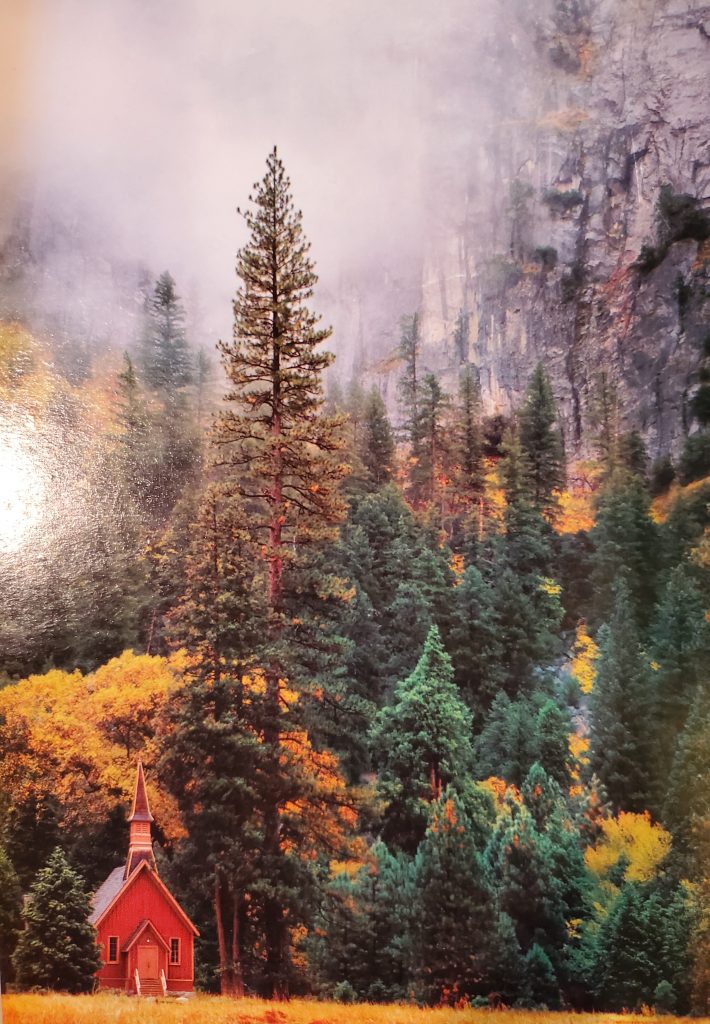 The quotation accompanying the calendar photo is by Paramabansa Yogananda:

“You should be thankful for everything at all times. Realize that all power to think, and speak, and act comes from God, and that He is with you now, guiding and inspiring you.”

And standing there at that church, gratitude and awe come quite easily.

Chapel of Love by the Dixie Cups

For more photos and information, here’s the official chapel site

3 thoughts on “Going To The Chapel”