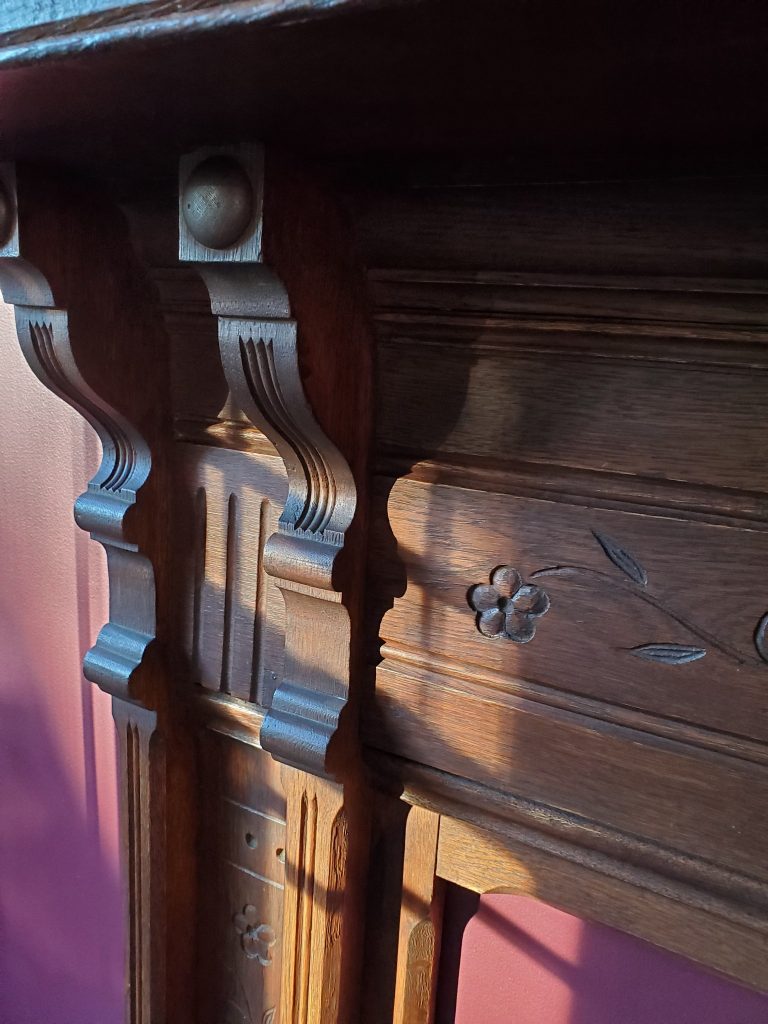 When you’re selling a house, it’s important to note in the contract what fixtures are included (will convey) in the sale of the home. RealtyTimes.com suggests that the contract should incorporate wording that states “all items in the MLS will convey.”

It appears that many home buying/selling problems occur in the “Personal Property and Fixtures” arena. “Fixture” is defined as something that is physically attached to the property such as a ceiling fan. There are items listed in the contract with a Yes or No box for each one to confirm whether or not the item will convey.

You see, just because an item is in place in the home, it doesn’t mean it will stay. Refrigerators seem to be a big issue in the stories I’ve read. So, while that ceiling fan is likely going to remain, a refrigerator simply needs to be unplugged and lugged to the moving van. Or not.

While I’m not thinking about moving any time soon, I’ve already determined that my antique mantle will not convey. It’s one of those grey area items. The mantle is not part of any fireplace set-up; it’s simply nailed to the breakfast room wall.

I bought the mantle for $300 while our home was still under construction. We intended to install a fireplace in the bump-out in the family room and it appeared to be a perfect fit.  The lady at the antique store told me the mantle had come from a home that had been torn down in Grassy Lick, Kentucky. I like old stuff and wondered how many families had sat around a hearth graced by this mantle.

The mantle sat leaning against the bump-out for several months while construction continued around it. We finally decided on a pellet stove instead of a fireplace. When the sales guy came to the house to take measurements, he had some bad news; the mantle did not provide the necessary clearance for the larger size pellet stove we wanted.

Opting for a smaller stove wouldn’t provide the maximum heat output we deemed necessary to heat the first floor. That is why, on pellet stove installation day, I reluctantly had the workers move my mantle to the breakfast room just to get it safely out of the way.

The mantle sat there beside us, propped against the wall, as we ate our meals and tried to figure out where the mantle would be a good fit. I don’t have a lot of wall space because of the many windows we put in.

After several weeks it dawned on me that I liked the mantle just where it was. Now I can’t imagine the breakfast room without it. I use it for seasonal displays. Cut flowers in vases adorn it during summer. In December the Christmas stockings hang from its edge. It’s become part of the fabric of our home.

So yes, when we move, I’ll leave the new owners the refrigerator and the ceiling fans. But there’s no way I’m leaving this house without my mantle.