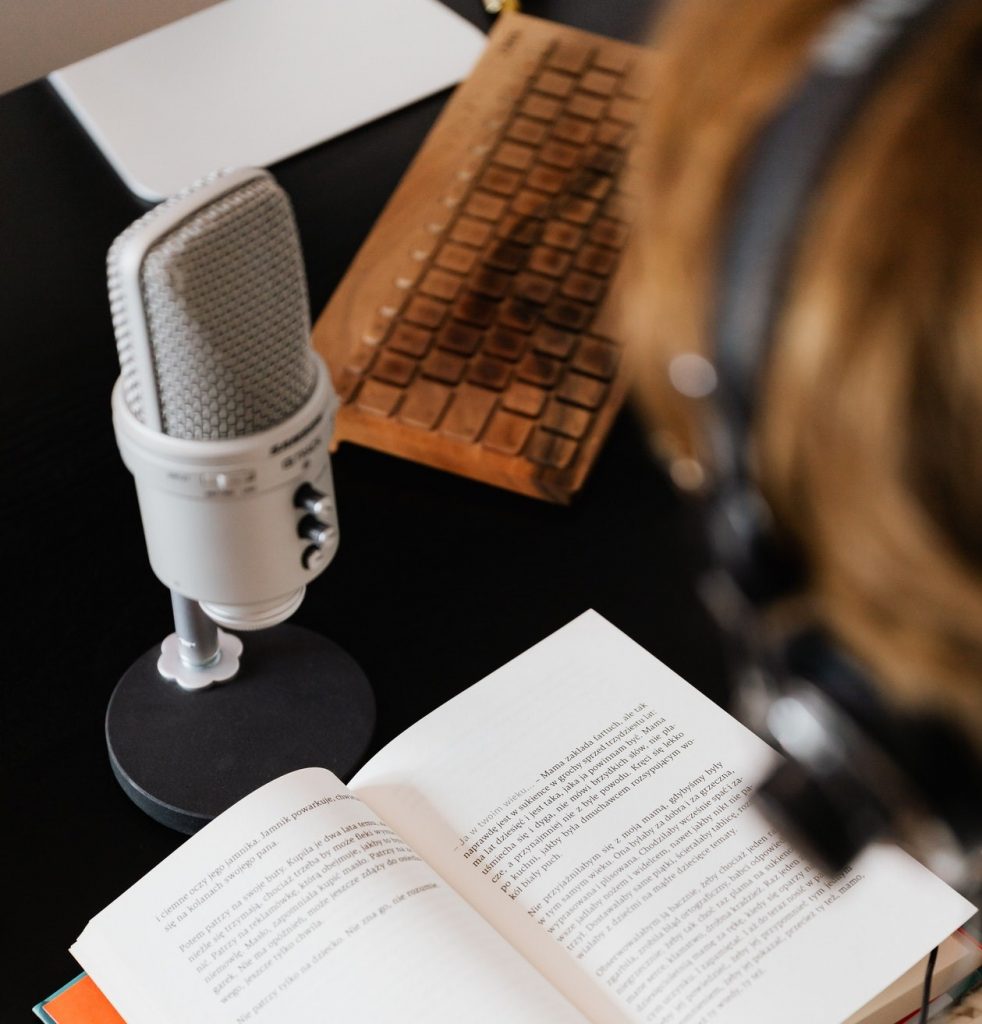 Reading bedtime stories to my children was a favorite part of each day for me. I read aloud to both Laura and Tim long past the age when they could read for themselves. I wish I could remember the last book I read to each of them. It was a momentous occasion after all, but like many such moments, we can’t intuit ahead of time when the last occurrence will be.

I love to be read stories aloud as well, especially at night when I’m snuggled into bed waiting for sleep. But it’s not my husband’s voice I’m listening to but rather that of a professional narrator.

I began my career of listening to “books on tape” around the age of 50 via a portable cassette player stuck in a pocket or attached to a belt. The libraries I frequented had a seemingly endless supply of interesting fiction on cassette. When compact discs (CDs) replaced cassettes, the libraries stepped up to meet my needs.

When my last Sony CD Walkman stopped working, Laura convinced me to go digital. But instead of paying for Kindle or Audible, the library once again saved the day with their free Overdrive app where you download a recorded book to your smartphone and start listening. Yes, it’s that easy.

I have commented more than once that I can listen to a mediocre story read by an excellent narrator but don’t ask me to listen to a bestseller read by a mediocre narrator.

One of my all-time favorite narrators is Frank Muller. The company Recorded Books is the largest independent producer of audiobooks in the world. When that company was founded in 1979, they hired Frank Muller as its first narrator to record The Sea Wolf by Jack London.  Frank went on to record over 200 books for a number of audiobook companies. He was the preferred narrator for such famous authors as Stephen King and John Grisham. A review by the Philadelphia Inquirer stated, “He has a voice and delivery that speak of distant, if darker places where life somehow takes on a greater significance…”

In November 2001, just hours after his wife shared the joyous news that she was expecting their second child, Frank was in a near-fatal motorcycle accident. Landing on his head on the concrete, his most debilitating injury was severe head trauma. He never really recovered, remaining hospitalized for over six years. He died on June 4, 2008.

Frank’s legendary voice evolved over the years. Starting out as a classically trained actor, he performed on stage, on some television shows, and in a few commercials. He remains most well-known for his voice.  His later narrations, such as the 1996 reading of The Green Mile by Stephen King or the 2000 reading of The Partner by John Grisham, showcase Frank at the peak of performance.

If I had to pick a favorite featuring Frank’s voice, it would be Folly written by Laurie R. King. Since the recorded book was released in 2001, it likely is among the last books that Frank narrated.

It is Frank Muller reading aloud that is the voice in the night that lulls me to sleep. Even if the story is interestingly scary, like Folly, his voice is so soothing that it relaxes me. Likewise, even if things don’t seem to be going right for the character, Frank’s way of telling the tale assures me that, don’t worry; eventually it will be OK.

What a legacy of listening he left us.

A sample of The Green Mile audio book

A sample of Folly audiobook on Amazon

4 thoughts on “A Voice In The Night”