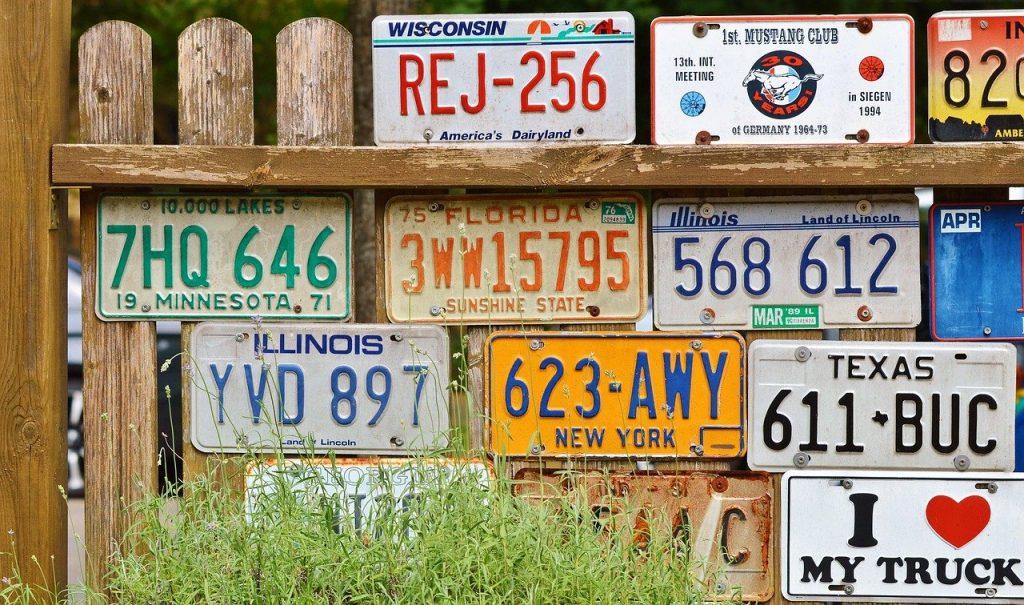 A typical Virginia license plate consists of three letters and three numbers. As part of my never-ending quest to keep my brain active and my thinking skills sharp, when I’m driving I often play one of the games I created when my school-aged children (and later my grandsons) were with me for long-distance car trips.

The goal is to create the longest word you can come up with using the letters in the exact order from the tag.

Your score is tabulated by the total number of letters in your word. And if you use the letters consecutively, you get a three-point bonus. Here are some examples:

The tag reads CMT123. I can spell the word “placement” for a total of nine points.

UGL123 might prompt me to choose “ugly” for four points and the bonus of three points for using the letters UGL consecutively for a total of seven. It might be tempting to jump to the word “ugly,” but an extra moment of thinking leads me instead to the word “unglamorous” for a score of eleven.

You can boost your score by adding an “s” to pluralize nouns or “ed” or “ing” to verbs. Using the UGL example above, I could have added “ly” to change the adjective to an adverb and gain two more points.

If it’s your turn and you are unable to come up with any word, your opponent has the opportunity to steal your turn. I recall being soundly beaten in this game once when my turn presented a license tag with AAA as its letters. When I failed to produce a word, my car partner shouted, “ABRACADABRA!”  So remember that word with not just three As, or four, but five!

This is a “just for fun” game. No official dictionary or online assistance is permitted! Timing can be as flexible or as rigid as you decide to make it. I’d suggest no more than a minute per turn.

The scorekeeper, of course, needs to be someone other than the driver. This is a fun and educational game that helps kids learn how to spell, to think, to be creative, to engage in language skills, and includes a math lesson for the scorekeeper. And it’s free.

So yes, I play this game in my head as I drive. And even though I’m the only player and there’s nothing to win, I still get upset when I get a tag with something like JXQ123. Hey, if you come up with a word using JXQ, be sure to let me know.